Interested in becoming a Cabinet Member? New Cabinet members join July 1 each year unless there is a mid-year opening. Please email reddingwomensfund@gmail.com for additional details. 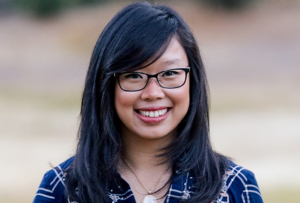 Natalia GarveyChair / Community Engagement Committee (CEC) Chair
Natalia moved to the North State from the Bay Area with her husband, Kevin, in 2010. She is a stay-at-home mom and also works at her husband’s family business, DataRay Inc., a local technology company in Redding. She has a background in Accounting and Management Information System. She and her husband live in Palo Cedro with their two wonderful children. She believes in the Women’s Fund mission and is very happy to be volunteering with such dynamic and compassionate women. 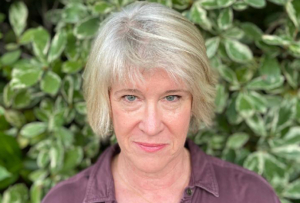 Theresa Flynn GasmanVice Chair
Theresa was born and raised in Tehama county. She lived and worked in Washington, DC and the San Francisco Bay Area before moving to Redding in 2000. Her professional background includes health policy research, healthcare and social service operations management, as well as strategic planning in the nonprofit sector. She holds a Master’s degree in Health Policy and Administration from the School of Public Health at UC Berkeley. Theresa’s husband, Mike, is a Redding native and they have four children, currently ages 17 to 28. Her community activities have included volunteering many hours in the various local schools her children attended, planning fundraising events and coordinating the Adopt-A-Family program for Northern Valley Catholic Social Service, working with Reach Higher Shasta and LaunchPad 4 Kids, serving six years on the Shasta County Public Health Advisory Board and participating in Leadership Redding.

Theresa was inspired by Anne Peterson, founding Cabinet Member, to join The Women’s Fund at its inception in 2010. She was drawn to TWF’s collective-giving model, specifically the opportunity to join with others to make a significant positive impact in the lives of women and children in the Redding area. Since becoming a member, she has served on the Grant Review Panel in 2013-14 and more recently on the Education Committee. She is honored and excited to work with the dynamic and committed members of TWF Cabinet to help usher the organization into its second decade. 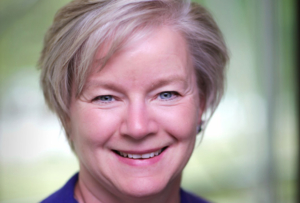 Cathi Lathrop-CummingsTreasurer
Cathi was raised in Sherburne, New York and moved to Redding in January 1996.
In New York, Cathi had a successful career in the Property & Casualty Insurance industry. She was an authorized instructor for the NY State Licensing exam. Upon moving to Redding, Cathi pursued a career as Financial Advisor. Cathi earned her CERTIFIED FINANCIAL PLANNER™ designation in 2005.

Along with The Women’s Fund, Cathi currently serves as President for Soroptimist International of Downtown Redding and is a past graduate and steering committee chair of Leadership Redding. Cathi is also a graduate of Rapport Leadership’s Master Graduate Program.

Cathi has served as Cabinet Secretary for 3 years and manages the membership data base for The Women’s Fund. 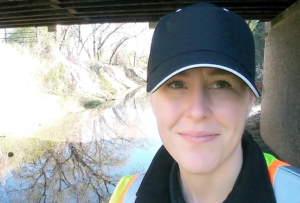 Catherine LowSecretary
Catherine Low likes to say she has lived in Shasta County longer than anywhere else. She is a structural engineer and occasional instructor of vector mechanics. She began investing in The Womens Fund in 2010 after learning of the local impact of collective philanthropy. She served on a few TWF committees and then on the cabinet with an infant on her hip. Catherine has since trained at the Community Organizing Institute for Leadership and is now back to serve another term. 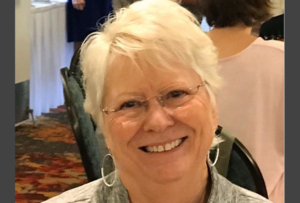 Jean KingGovernance Chair
Jean grew up in Shasta County and left to attend college at the University of California Santa Barbara. She returned in 2005 to care for her mother and has happily made Redding her home ever since. She worked for the UC system for over twenty years as Associate Director of the UCSB Alumni Association, Director of the UCSB Family Vacation Center, Executive Director of the UCSD Alumni and Friends, and finally as a consultant to the Vice President for External Relations, Office of the UC President.

After many years with UC, she left to pursue a career in real estate development. She is a broker and has worked in commercial and residential sales and property management. She owned real estate companies in Santa Barbara, Colorado Springs, San Ramon, and Redding. She recently finished remodeling five homes in Santa Maria.

In 2011, Jean became the Executive Director of the Shasta Women’s Refuge which, under her direction, became One Safe Place. She was instrumental in raising the funds to build the Sierra Center. She was honored by the California State Legislature her work on domestic violence and sexual assault and was appointed by Governor Brown to be a member of the California Domestic Violence Advisory Council. After leaving OSP, she became Executive Director of the Shasta Library Foundation and retired for good in January 2019.

Her activities in Shasta County have included the Shasta Association of Realtors, Haven Humane Board of Directors, Riverfront Fundraising Committee, Redding Rotary, AAUW, PEO, Redding Chamber of Commerce, Dignity Health Advisory Council, and the California Highway Patrol Advisory Council. She taught a course at Shasta College on how to start a non-profit and how to manage non-profit boards. She is the founding member of a the “Unicorns”, a support group for Non-Profit Executive Directors in Shasta County.

She lives with her husband and three mini-schnauzers in Redding.
Jean loves Shasta County and is looking forward to being part of an organization so highly regarded and effective. 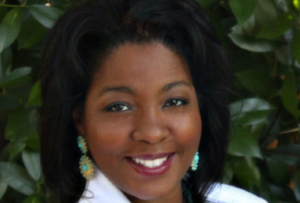 Lori holds degrees in Materials Engineering and Management. She began her professional career developing materials for space vehicle applications at NASA and ultimately expanded to helping Fortune 500 companies understand and optimize their investment in the digital world through data analytics. Lori is passionate about STEM educational outreach and using her data science skills to address issues in her community. She is the founder of the Civic Hacker Network and the Civic Hacker Summit, a community and virtual conference that celebrates people using data and technology for civic and social good. 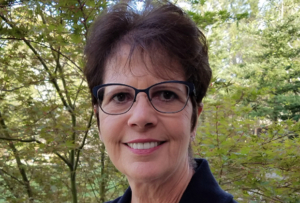 Kay PattenEvent Chair
We moved to the North State in 1981 and were blessed to be able to raise our family in Palo Cedro. After 21 years there we moved to Redding. For many years I was an insurance agent at AAA, after leaving there in 2003 I became a jewelry appraiser.

Over the years I have been a part of many community groups. I have enjoyed serving on the Library Commission, the Women’s Fund Membership committee, and am a past president of the Palo Cedro Chamber of Commerce. I enjoy working with the Redding Rotarians, and I am a Women’s Fund Cabinet member.
I am excited to be part of The Women’s Fund. They are an amazing organization and are truly committed to supporting our community with grants, educational programs and ongoing philanthropy. 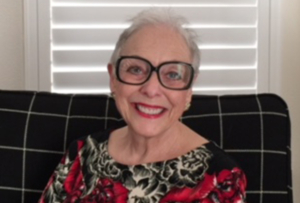 Noella Pearson
Noella Pearson is a retired citizen who has lived in Redding since 1995. As a single woman, Noella has always been focused on career and professional development.

Noella graduated from California State University, Sonoma with a degree in History and minors in Humanities (Music and English). She holds a CA Secondary Life Teaching Credential and has a Degree in Business. After college Noella spent ten years teaching in Catholic Schools in Santa Rosa and Sacramento.

The next twenty years were spent representing a Fortune 500 Insurance Company in the Sacramento area. Noella worked in Sales and Marketing with an emphasis on Financial and Estate Planning. She was always involved in professional organizations. Noella served on the Board of The Sacramento Association of Life Underwriters for ten years and was its President in 1986-1987.

After moving to Redding Noella began teaching for the Shasta Union High School District and taught for the District for eighteen years. She retired in June 2013. After taking a break for about a year Noella began volunteering in the Redding Community. Serving on The Women’s Fund Cabinet is a natural extension of Noella’s commitment to helping others. 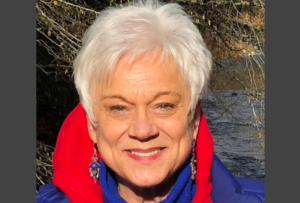 Judith E. SalterEducation Chair
Judy Salter is the former President & CEO of Turtle Bay Exploration Park. She graduated from the George Washington University with a degree in Political Science. She worked in both the US House of Representatives and the US Senate in Washington, DC for 7 years. After leaving governmental work, she became the Vice President and Administrative Director of Fort Mason Center in San Francisco, part of the the first Urban National Park in the US. She subsequently served as the director of corporate and government relations for three major natural resource based companies: Simpson Investment Company; Champion International; and Container Corporation of America.

Turning to non profit work, Judy is a founding member of the Women’s Fund. She helped plan and guide the development of this important organization designed to foster economic stability and educational opportunity for the women of Shasta County. Serving first as membership chair, she worked closely with fellow board members to recruit local women and men to support financially the grant-making and programmatic goals of the Fund. Currently she chairs the Education committee which strives to bring free community forums on issues important to Shasta County.

She has also served widely on numerous arts, literacy, social policy, women’s equity, and environmental boards. She continues to consult with community organizations on fundraising, board development, and strategic planning. She and her husband, Lee, share 4 children, 6 grandchildren, and 2 beloved dogs. She is an avid hiker, reader, fisherwoman and has a suitcase ready to travel anywhere. 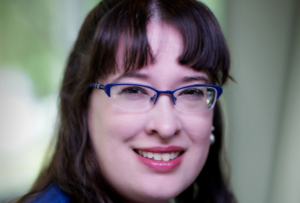 Liz PooleGrant Committee Liaison
Liz moved to Redding in 2008 to become the Associate Director of First 5 Shasta, where she has been responsible for the development and oversight of many of First 5 Shasta’s programs and initiatives, particularly those with an emphasis on family strengthening. Before coming to Shasta County, Liz worked in foster care, child mental health, and with a variety of family and community violence prevention programs in Baltimore and Los Angeles. She became a member of The Women’s Fund after learning more about the idea of collective philanthropy and the ways that it has made a difference in communities. The Women’s Fund provides an opportunity for Liz to make a small investment that can have a much bigger impact on the community.
Toggle Sliding Bar Area
Go to Top