Home/Education/Educational Forum: Hope In The Face of Addiction
Previous Next

Sponsored by The Women’s Fund of the Shasta Regional Community Foundation, the Redding Record Searchlight and Don Ajamian Construction the evening began with a screening of the film THERE BUT FOR THE GRACE OF GOD, a compendium of intimate one-on-one interviews with numerous people addicted to substances and living on the streets. The film illuminated the difficulty in treating addiction effectively, but also the hope of a better life infused in each person touched by substance abuse. From a man who lost his entire family by the time he was nine to a young pregnant woman struggling to stay sober in order to keep her baby, the film was a personalized and human look into the hearts and souls of those who have lost their way or never known any other way.

Following the film a panel of local experts, moderated by Record Searchlight Executive Editor, Silas Lyons, quoted statistics that show majority of homeless people are addicted to one or more substances and that seventy-percent of those want a home and stability but don’t know how to go about it. While the panel of seven experts agreed that thirty-percent of those on the streets don’t want and won’t accept help, they insisted we should be targeting that seventy-percent that do.

“Addiction is a disease,” declared panelist, Dr. Paul Scipioni, an addiction medical specialist and retired anesthesiologist. He emphasized that like people with chronic medical conditions, such as diabetes or heart disease,  these patients need help, that they cannot address the problem on their own or through will power. Dr. Scipioni emphasized that, “Substance abuse alters the brain chemistry and a person cannot control their behavior under those conditions.” He indicated that if a loved one is addicted you cannot expect rational decisions from them, especially when it comes to getting help. Dr. Greg Greenberg, a specialist at Shasta Regional Medical Center, added vital information about the “NoRx Abuse Coalition” efforts he is involved in locally to prevent prescription drug abuse and efforts to expand access to treatment.  It is best if you are aware of help that’s available and if there was one thing made perfectly clear on Tuesday night, it’s that our area has plenty of cutting edge, compassionate treatment available.

Dr. Doug McMullin, head of the Medically Assisted Treatment (MAT) program at Shasta Community Health Center (SCHC), stressed that in the past we’ve arrested and detained most substance abusers in jails and released them within hours, without treatment or meaningful referrals. “That,” he said, “doesn’t work. There’s about a ten-percent success rate with that. If we had a ten-percent success rate in treating diabetes, we would try something else.  So now, we’re trying other approaches.” The MAT program at SCHC  offers addicts, some right out of jail, individualized treatment with appropriate medications in controlled doses designed to curb opioid cravings , along with  as counseling and other social services. Because most addicts require five to six attempts before they find success., tenacity and patience play a huge role in treatment.

Lt. Dale Marlar of the Custody Division of the Shasta County Sheriff’s Office  said he would like to have more jail beds  for people who are arrested for crimes while high and brought into custody. “We need more time with them. Enough time to get them to a condition where they can be rational and tell us whether they want further treatment so we can refer them out. We often get family members who call us crying and begging us to keep their loved one long enough to get them some help.” Lt. Marlar added that the jail is close to launching an in-house MAT program.  The program will be part of evidence-based in-custody programming designed to help offenders positively prepare for transition back to the community after discharge.

“Those first few hours and days when a person has hit what is often their lowest point are crucial to getting them stabilized and referred to appropriate care,” Shasta County Chief Probation Officer, Tracie Neal told the crowd. Neal oversees the Shasta County Day Reporting Center (DRC).  The DRC provides intensive supervision and interventions aimed at behavior change for medium to high-risk offenders who are referred by their Probation Officer.  The DRC is strategically located across the street from the jail to provide immediate access and support for those newly-released and starting the reentry process.  While the DRC serves adults, Chief Neal stressed the dire need to address budding addiction in our young people. She said that many kids coming through the Juvenile Division of the Probation Department are already using meth and heroin, that they exhibit both trauma and mental health issues. She made clear that identifying and helping those kids before they become dependent on substances to numb the pain is vital in reducing the adult population experiencing addiction problems.

A highlight of the evening was hearing from Benjamin Brandenberg, a man who’d made and lost hundreds of thousands of dollars in his life as he awakened at 4:30 in the  morning to drink and smoke marijuana to start the day. He spoke of spirals of drug use from a young age, punctuated by periods of sobriety. His lowest point came when he was arrested and convicted for acts of domestic violence against his wife while high, until he met two women, Danielle Caito – Day Reporting Center (DRC) Manager and Tara Levin – DRC Assistant Manager. After leaving the Shasta County Jail he committed to making a change and has spent this past year participating in the programs offered at the Day Reporting Center.  He says now, after formerly living on the streets in Seattle, his life in Redding has stability and most of all hope. He’s reunited with his daughters and living a real life for the first time at 41.

The message of the evening was an invitation to change the way we think about addiction, that addicts are people, that addiction is a disease. The only way to understand addiction is to know the story that goes with each person, their trauma and their  mental condition. The evening established that there are deeply dedicated people throughout this community who are doing something about addiction. As Dr. McMullin put it: “Don’t ask what’s wrong, ask what happened and then communicate. Connect.”

The Women’s Fund was pleased to hold such an informative forum and we encourage you to follow us on Facebook for details on the next Educational Forum.

If you‘d like to connect, to help, there are many ways. Here are a few: 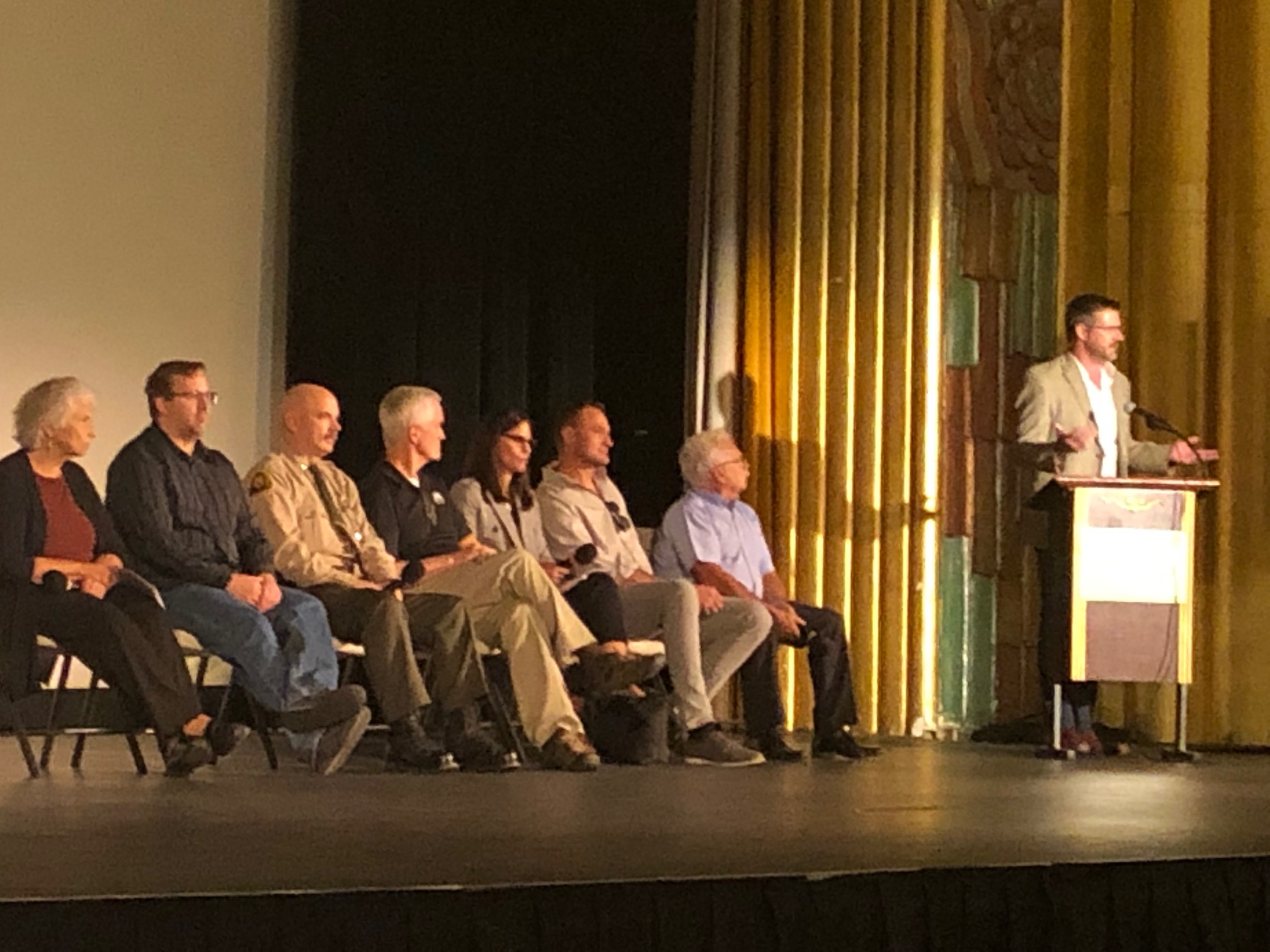 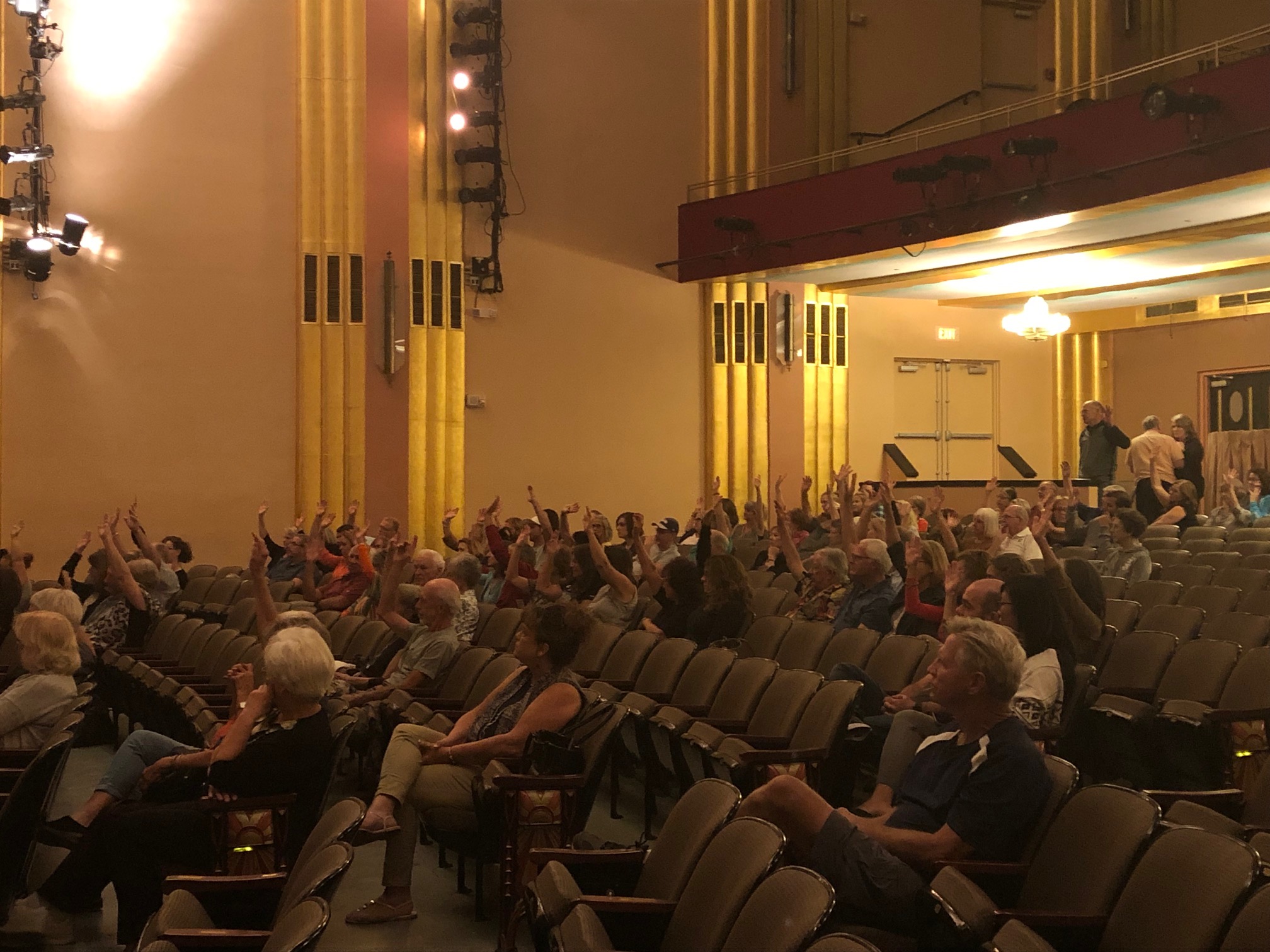 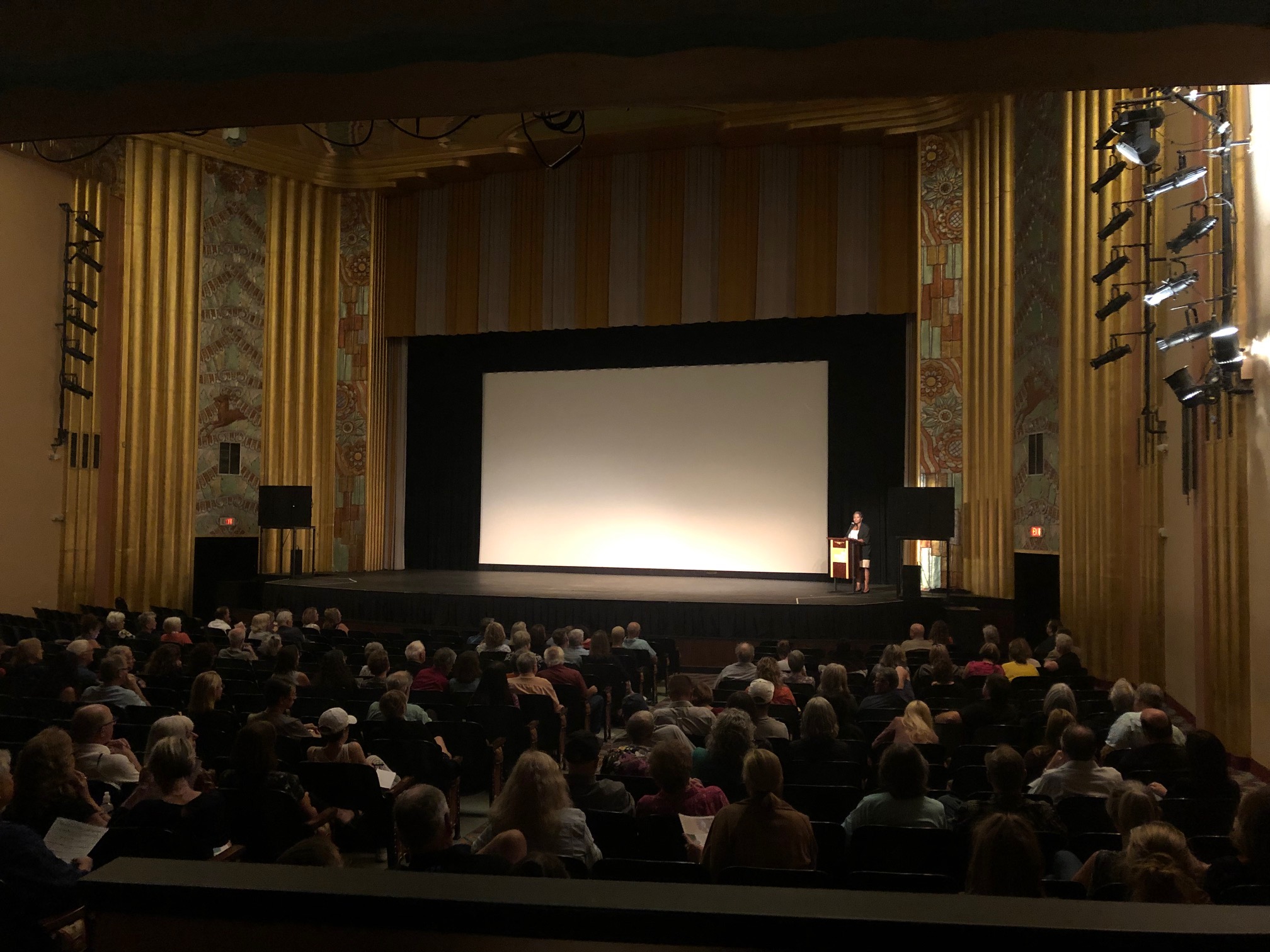