There was more than the usual buzz at The Women’s Fund Annual Meeting on Monday, October 28. Traditionally, this event is the occasion for announcing the Fund’s newest grant recipients.  This year was no different, as Tammy Parker, Chair of the TWF Grants Committee, announced that Chico State Enterprises Foundation and Jefferson Economic Development Institute would each receive $15,000 grants (for more details see previous blog post). Even more exciting though, this round of grant-making marked 10 years of collective philanthropy for TWF.  The evening’s program highlighted and celebrated the Fund’s many successes this past decade.

More than 80 TWF members and guests learned how founding members Anne Peterson and Susan Seamans hatched the idea of forming a local organization of women who could pool their financial resources to promote positive change for women, girls, and families in the Redding area.  Anne and Susan gathered eight other women to explore the idea. Working together over a two-year period, this group created the framework for The Women’s Fund, partnered with Shasta Community Regional Foundation to provide administrative support and manage the funds raised, and launched the organization in 2008.  Sixty-eight women contributing $1,000 or more provided the initial funding to begin the grant-making and establish an endowment. Reflecting back on that beginning, Anne Peterson exclaimed “It really happened! We turned an idea into a reality. It makes us teary to think of it!”

Over the last 10 years, more than 200 women and men have joined The Women’s Fund and combined their giving to make a difference in our community.  TWF has granted more than $330,000 to more than 20 nonprofit organizations to help improve the lives of women, children, and families in the Greater Redding area. TWF has also hosted educational forums providing information and insight about issues and challenges facing women and families in Shasta County.  Topics have included homelessness, human trafficking, non-traditional career paths, financial literacy and addiction, to name a few.

Sonja, a 17-year old student at California Heritage YouthBuild Academy (CHYBA), shared with guests how she benefited from the Job Developer position at CHYBA that TWF funded this past year.  A foster youth on probation, Sonja did not have the confidence to start taking classes at Shasta College or to seek a job. With support from Dena Ostendorf, the TWF-funded Job Developer, Sonja wrote a resume, found interview-appropriate clothes and practiced her interview skills during mock interviews.  She is now employed and registered as a student at Shasta College, something she never imagined possible just a short time ago. This is but one example of how TWF is changing lives.

Kristen Schreder, another Founding Member, spoke about the goal to grow the TWF endowment to $500,000 by fiscal year 2019.  This goal was met in 2017 and the endowment is now close to $600,000. Kristen shared that this achievement is “an example of how powerful collective giving can be.”  The Women’s Fund is now able to incorporate earnings from the endowment funds into its annual grant making.

The Women’s Fund is part of the Shasta Regional Community Foundation (SRCF). Judy Salter lauded SRCF for “standing by us and believing in what we do.” Amanda Hutchings, SRCF Program Officer, told TWF members attending the Annual Meeting “we are proud partners and it is incredible to be part of your story.”

Membership Chair Cathi Lathrop-Cummings encouraged the audience to renew their membership for the coming year and invite others to join TWF so that we can continue to positively impact the lives of women and their families in our community.  Lori McNeil, current Cabinet Chair, wrapped up the evening by thanking all those who attended, and several guests left with copies of the recently released TWF Annual Report to share with friends. The energy and warmth in the room was palpable as a dozen of the founding members gathered for a photo opportunity.

Please visit our Facebook page to see more photos from the event! 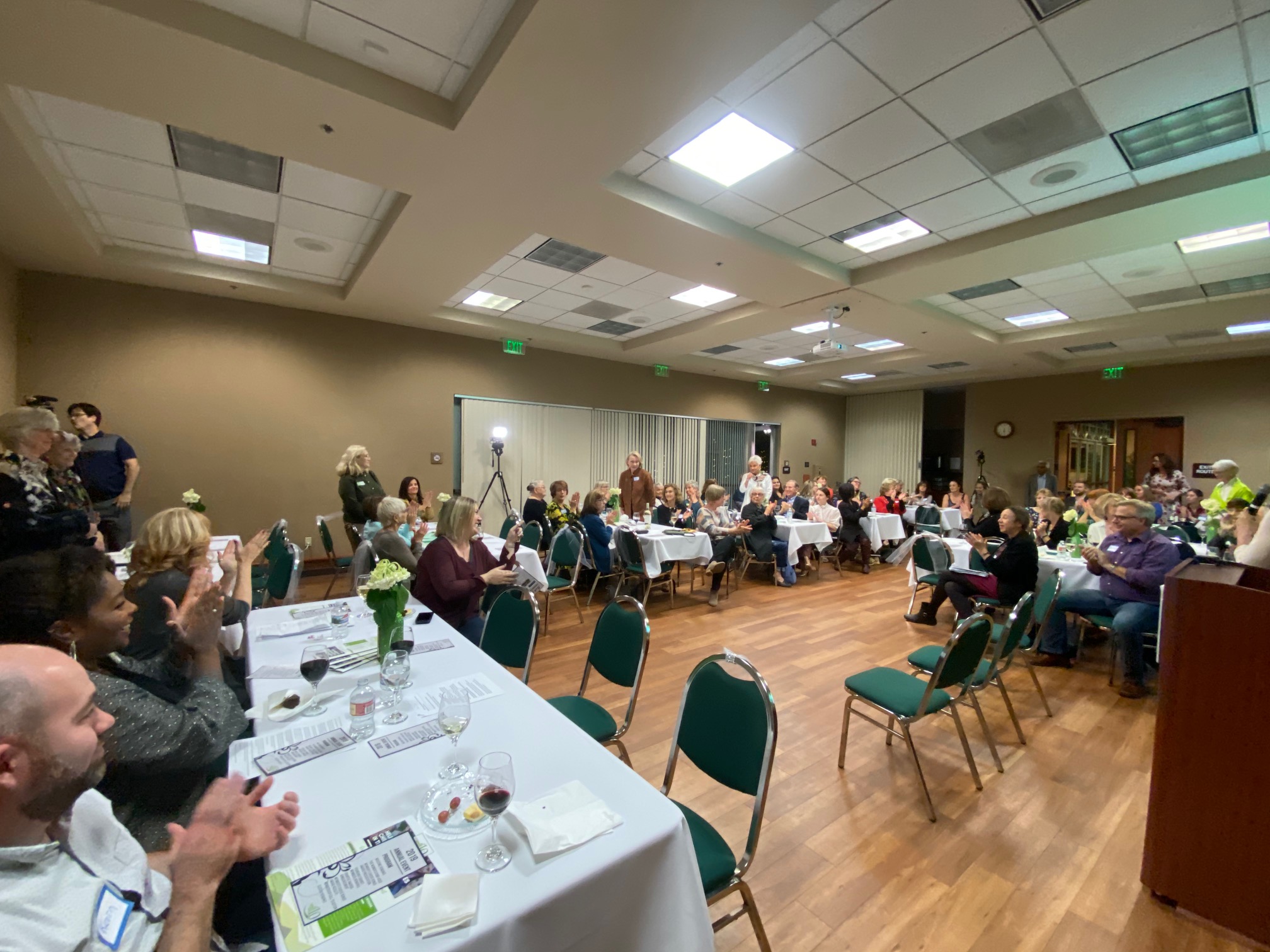 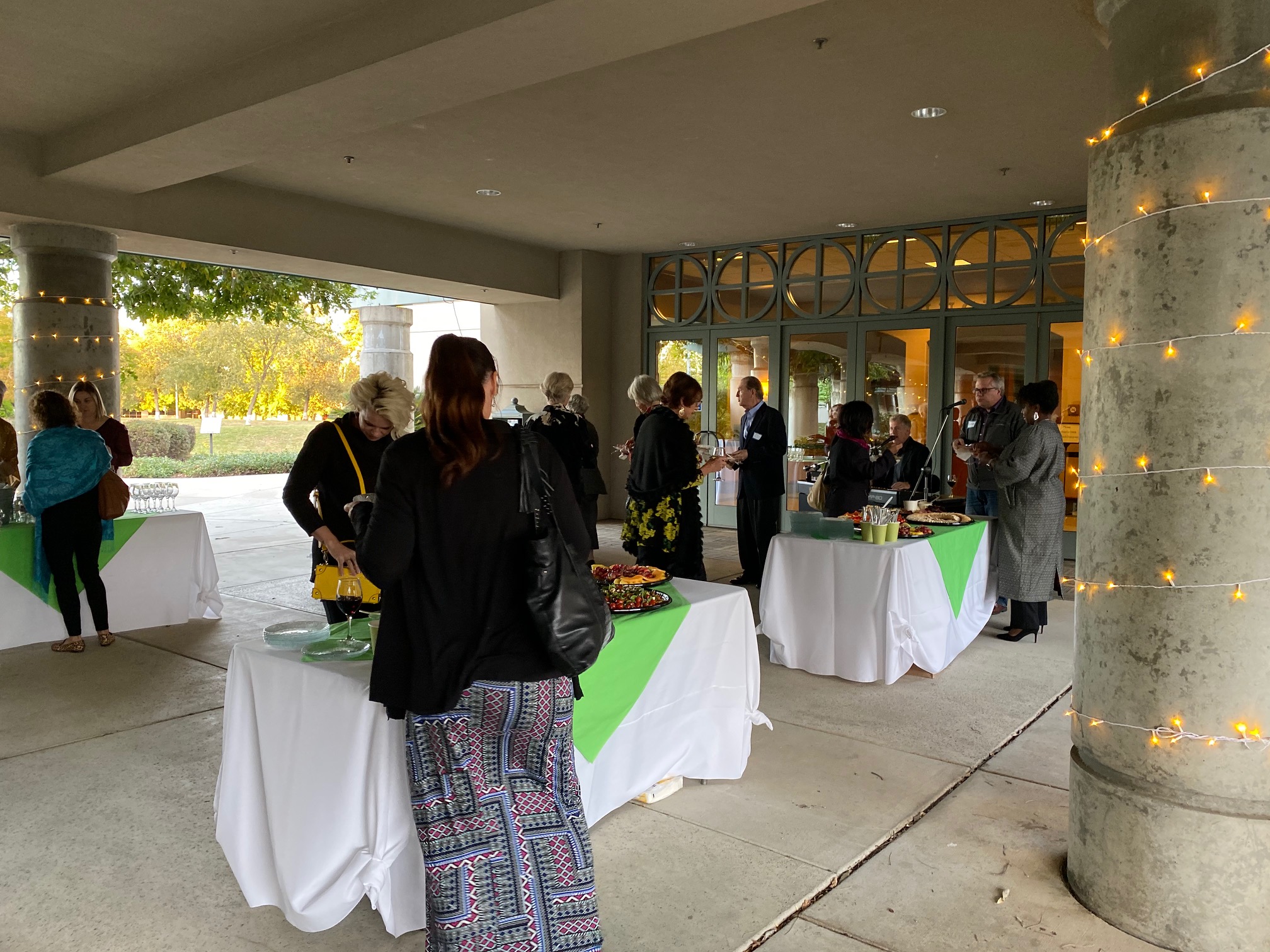 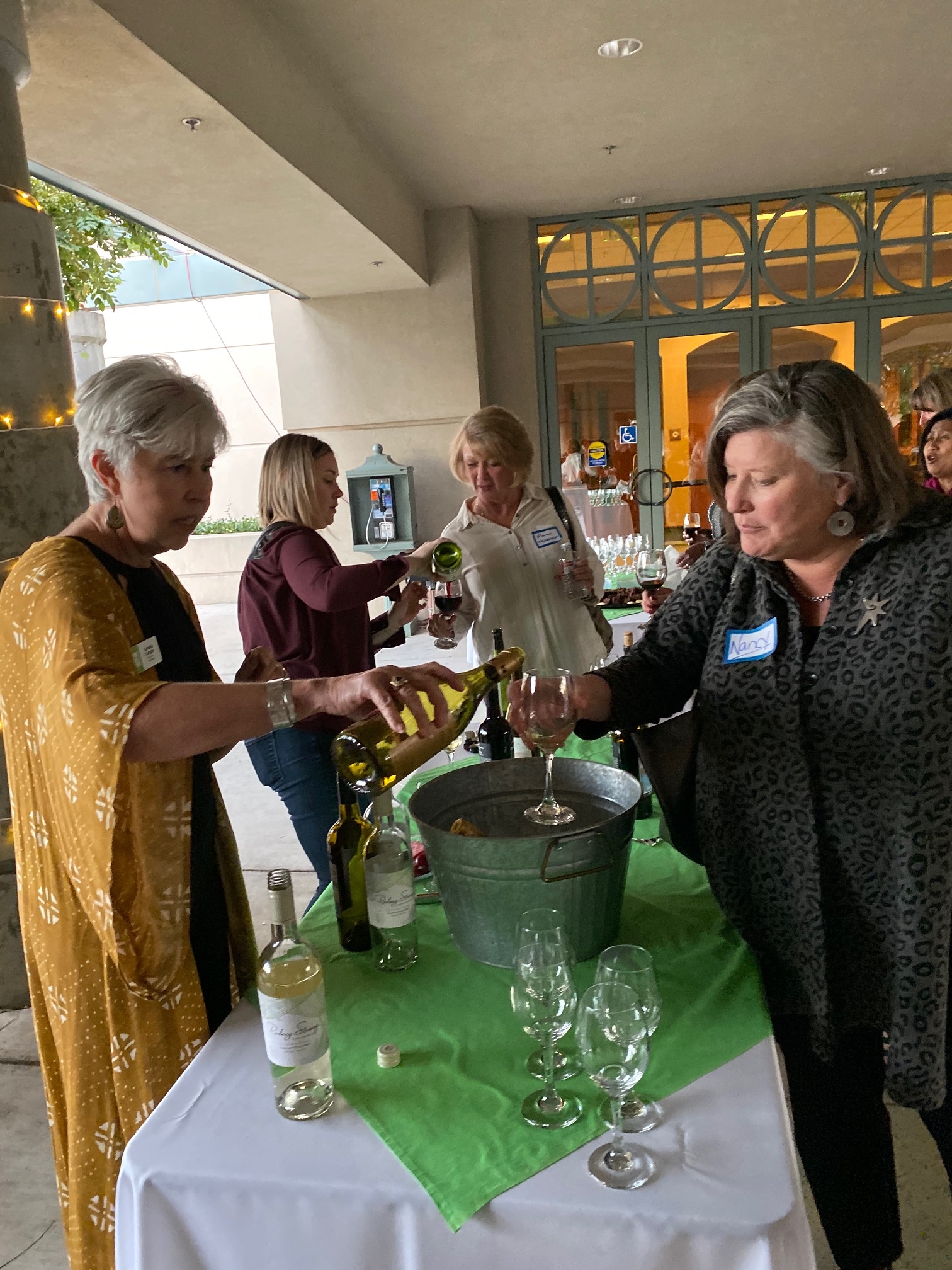 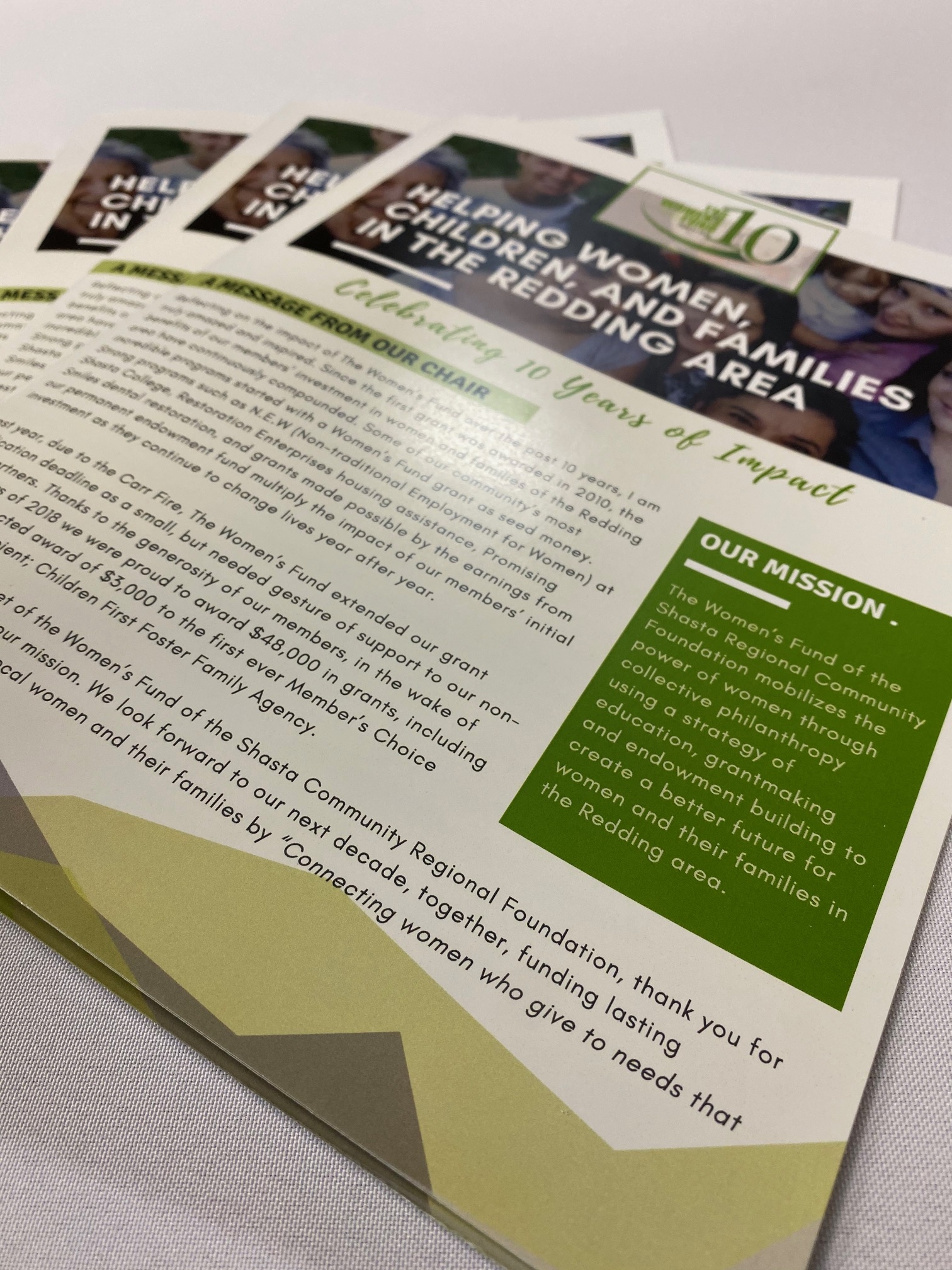 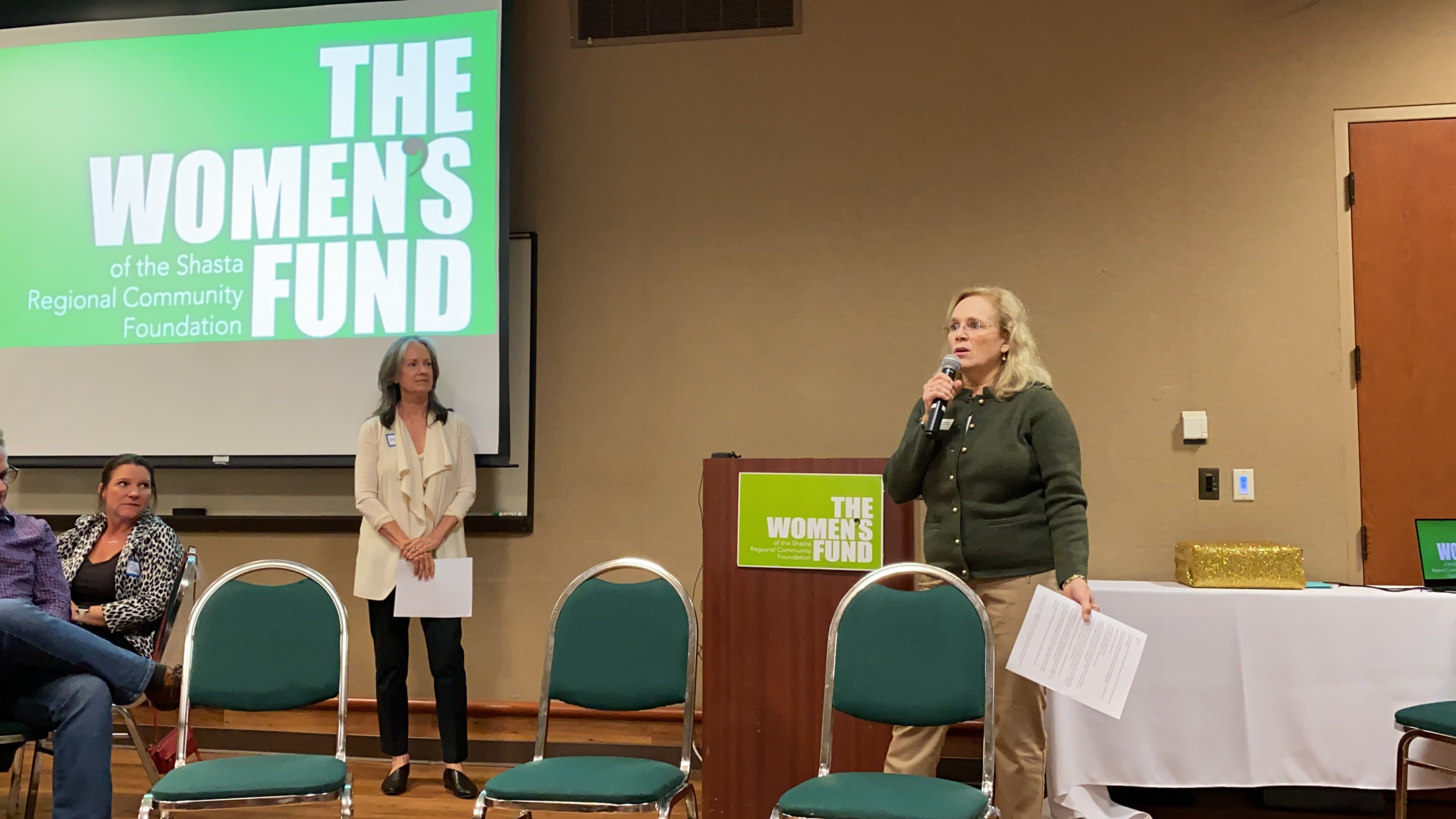 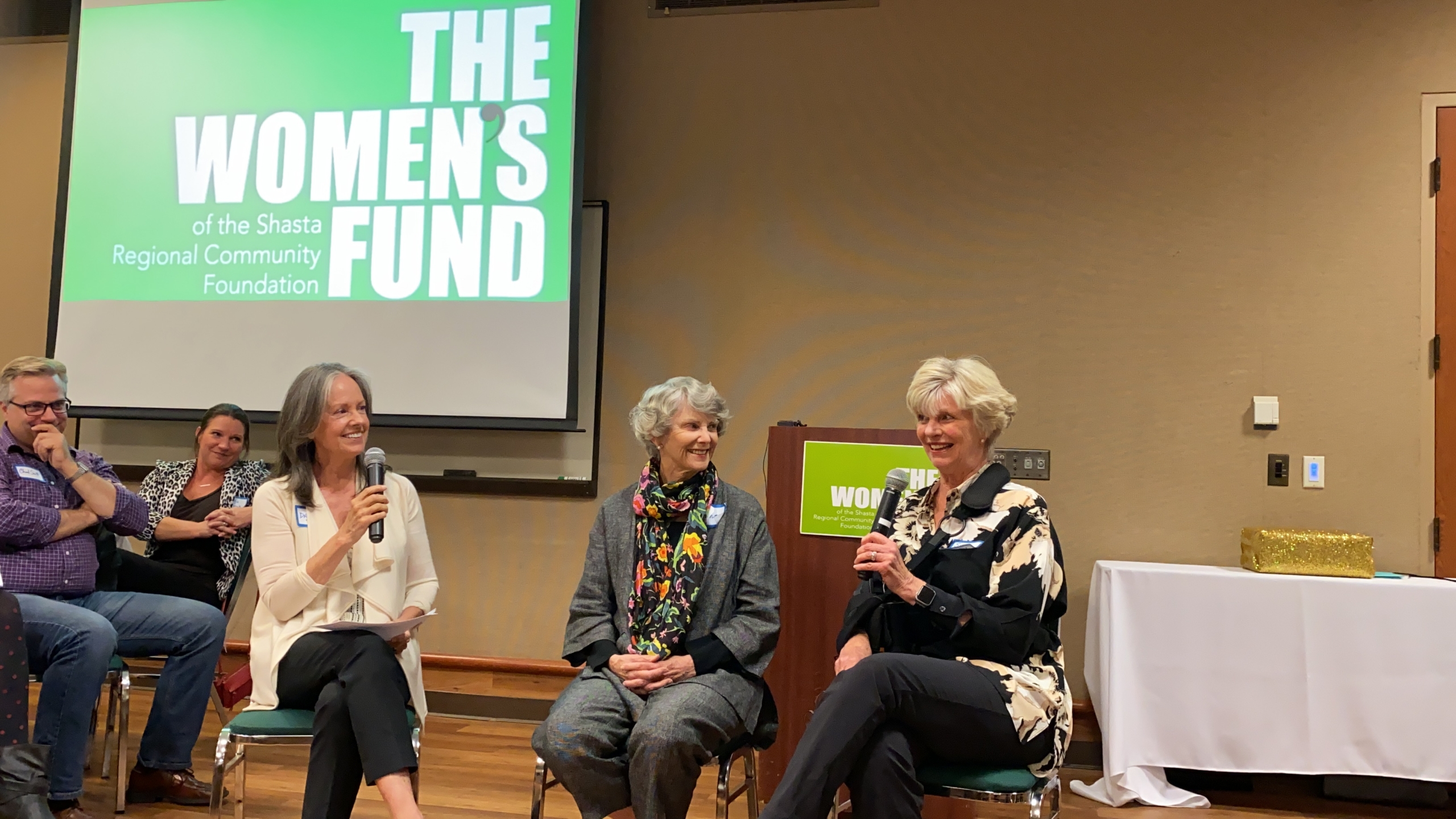 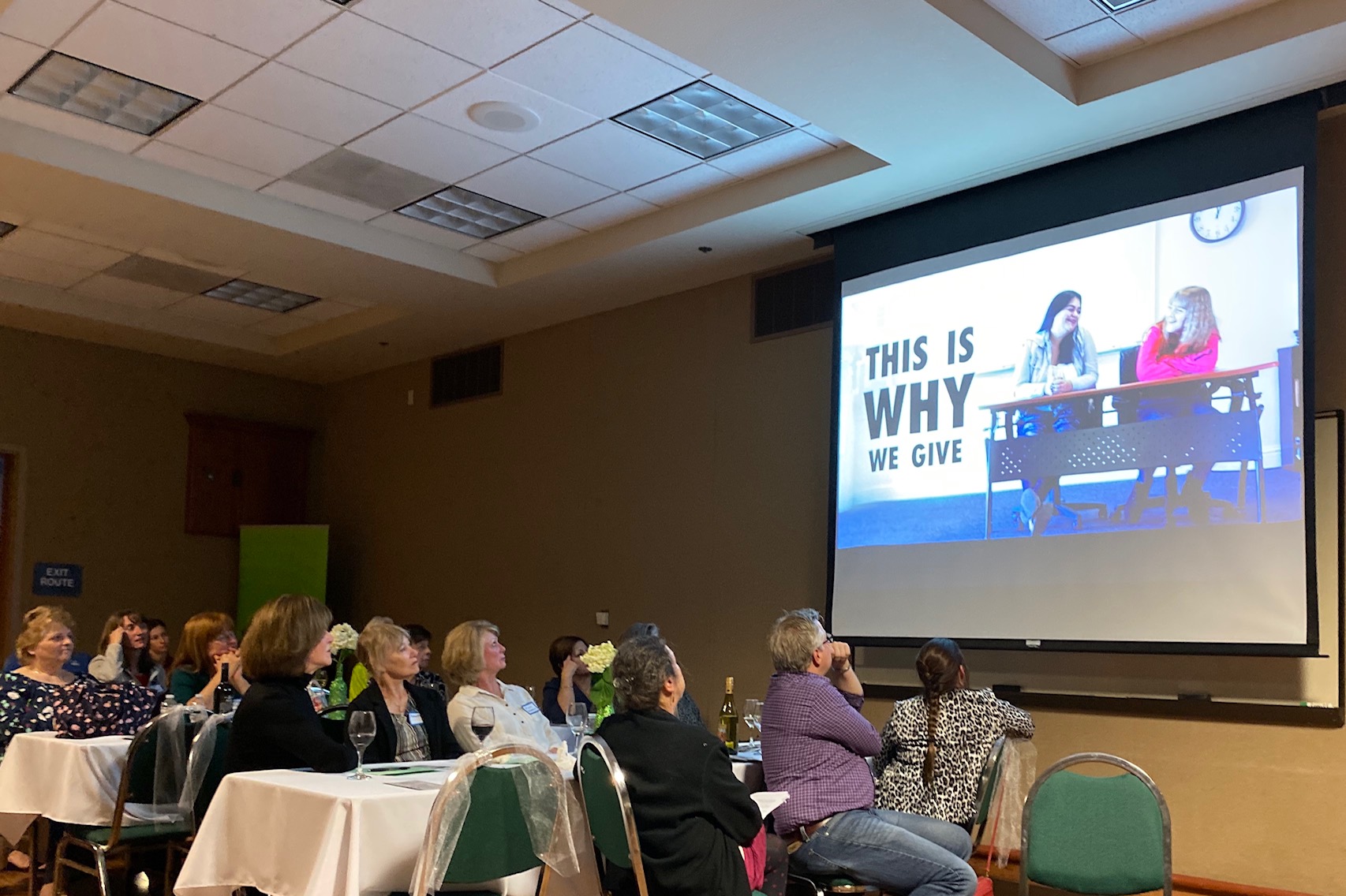 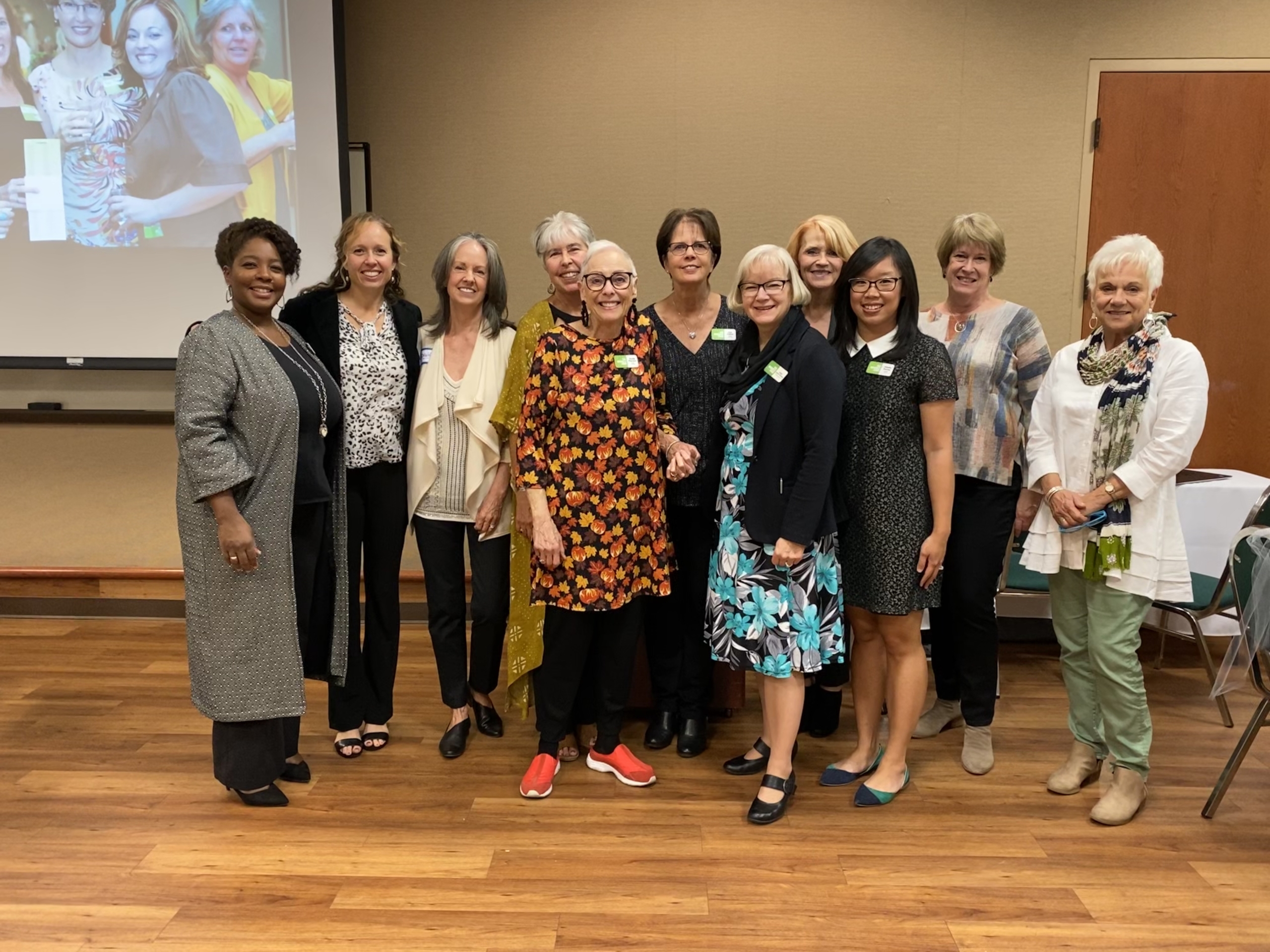